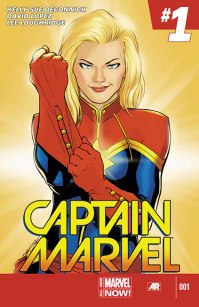 First issues are always a hard sell – notoriously little to nothing happens – but since they are a “#1” they sell anyway. This issue starts in media res, which works in its favor, and the relationship with her little “sidekick” Kit is nice. The romance with James “Iron Patriot” (a name even worse than “Warmachine”) Rhodes was a surprise, but could be a nice touch as long as it doesn’t take away from her agency. David Lopez’s art is nice.

Matt Fraction continues with his experiment in non-linear story- telling, though it is not clear to what end. Tonally, however, the title continues to click and Aja’s pencils and Hollingsworth colors are top-notch as always, and carry the book even when the writing doesn’t.

Matt Kindt continues his amazing run on this series, with an issue that plays with paneling in ways that resist closure and suggest the experience of flipping through an issue that has has had part of pages ripped out. So good. 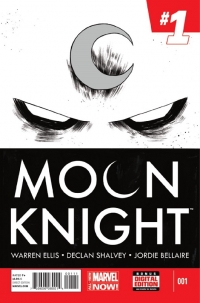 By Warren Ellis. So I caved and bought this. Visually it is quite nice. I particularly like the new look for Moon Knight and a this cool panel sequence showing him going deep beneath Manhattan – but other than that by first issue alone it doesn’t seem like anything special. We’ll see. Maybe wait for the trade to see if it’s really any good. 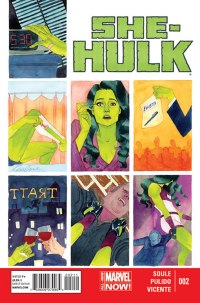 This was more of a set-up issue, but love Pulido’s layouts and his Kirby-esque faces, and the inclusion of Hellcat/Patsy Walker – so yeah, kind of love it.

This continues to be my favorite series Marvel is putting out and this issue is worth it for Boomerang’s treatise on super-villain marketing with accompanying Instagram pics alone.

The art and writing in these two issues does a good job of building tension and portraying action. They actually made it seem like Superior Spider-Man might have a satisfying and interesting conclusion. . .